Weather:  Steady north west wind in Saint John, but it was just the slightest of air movement in POW.  Very dark, clear, a very cold 0C with 60% humidity and windchill.  One bird chirped about halfway through observing, which is the first time I've heard any sign of life there in a long time.

Objective:  To image Magnitude 10.5 Comet 2021 A1 Leonard, which was reported to be in Ursa Major, about seven degrees to the west of Alula Borealis, in the early morning hours.  Many amateur astronomers are expecting this comet to brighten significantly in December of this year.  Perihelion is supposed to be on January 3rd 2022, where it will be 0.615 AU from the Sun.

Objective:  To image magnitude 10.1 Comet 6P d'Arrest, which was reported to be below Jupiter and Saturn, in Microscopium, in the south western sky during observing time.

Objective:  To image as many of the five comets in the eastern sky during this time as possible.  Also, to watch for Zodiacal light.

Weather:  No wind, cool, humid, mostly clear to partly cloudy towards 530am, 11C and 89% humidity.  Lots of dew and some mosquitos.

Objective:  To view and image three comets in the morning, eastern sky.  Comet 4P Faye, at 11.9 magnitude in Taurus, and C/2019 L3 Atlas in Lynx, in between Gemini and Auriga.  Also, the brightest comet in our sky now, Comet 8P Tuttle (mag 8.9) in Hydra, very low on the horizon, just before first light. 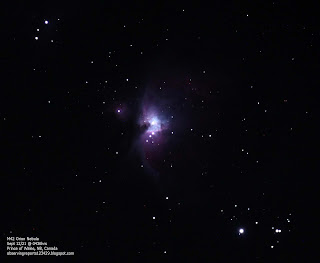 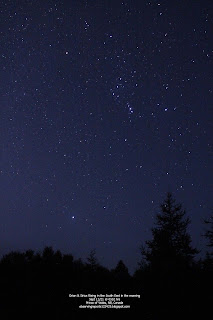 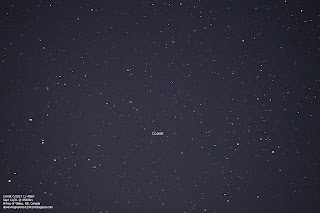 Objective:  To view and image the western sky in the eveing twilight. 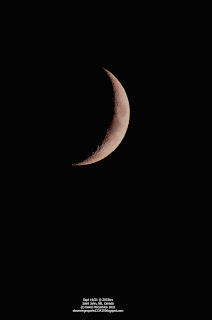 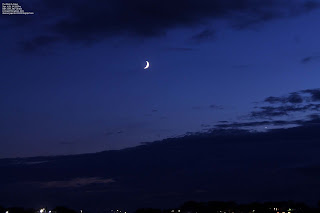 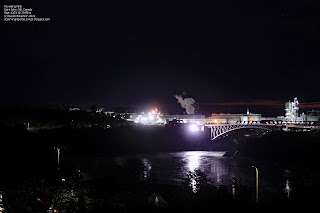 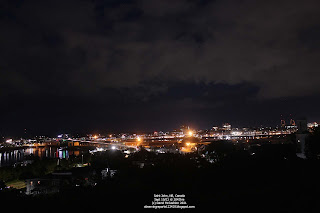 Weather: Very warm(almost too warm for a jacket), mostly clear, with some haziness, lots of dew, lots of bugs, no wind, fog horn blowing from nearby Bay of Fundy during whole observing session, 21c, and 90% humidity. On the drive home to Saint John afterwards, ground fog to the highway, then it was foggy most of the way to SJ, with ocean fog totally engulfing SJ.

Objective: To view and image as many shooting stars as possible.

Note:  Bring dew heater for imaging shooting stars, and frequently check the face of the lens for dew.  By checking the images on the camera view-screen, stars can still be seen, making it like there is no problem with the pictures...the problem won't become apparent until processing the images.  Check the face of lens.

Objective:  To image comets C/2020 T2 Palomar (10.7) in Bootes and Comet 7P Pons-Winnecke (10.5) in Aquarius. Both comets are moving away from Earth, but seem to maintaining their brightness.